The limited special models of the Porsche 911 have always been among the most sought-after collector’s items.

Once the second limited edition, the “911 Signature”, had sold out in next to no time on the American market in 1976, fans of the Porsche company in the US were forced to wait for another four years until the next limited edition made its appearance.

The Porsche 911 SC “Weissach Series” was launched in model year 1980, but again only for the important US market. German Porsche enthusiasts had to endure a further wait of two years for the first limited edition since model year 1975.

With the aim of promoting the recently opened special wishes department and celebrating the motor sport and development successes of the new development centre in Weissach, this special edition was given the name “911 SC Weissach”. It was marked out by the equipment options number M439. A total of 400 cars in this special series were built and offered for sale at a basic price of US$ 32,000. Half the vehicles left the factory finished in Black Metallic; the other half came in Platinum Metallic.

The special models in the Weissach Edition series were lavishly equipped. All vehicles came as standard with a front and a rear spoiler with additional fog lamps integrated into the front apron. The rear spoiler was taken from the 911 Turbo 3.0 and underwent minor adaptations. The equipment was supplemented by Bilstein shock absorbers, an additional wing mirror on the passenger side, an electrically operated sunroof, an electric aerial and four speakers for the radio. Also included as standard were 15-inch Fuchs wheels with hubs and spokes painted Platinum Metallic. The combination of these special wheels with the spoilers gave rise to a sporty, but not overly aggressive look.

High-class Interieur for the Weissach Edition

What later became the Porsche Exclusive factory put together a high-class interior, decked out in red, light grey and black. The Turbo sport seats were covered with leather in Doric grey and featured a perforated central area with burgundy piping. The colour of the piping was also reflected in the vehicle’s carpet. Moreover, all the cladding parts in the interior were lavishly covered in leather. The black perforated leatherette roof blended harmoniously with the sporty but, at the same time, thoroughly classy interior of this exceptional ‘Eleven‘.

Alongside the jubilee 911 model from 1988, built in celebration of the production of the 250,000th Porsche 911, the Weissach Edition is a worthy addition to the ranks of the most beautiful limited editions.

In our book about the G-model from Porsche, all eleven anniversary models and special series are presented in individual chapters: 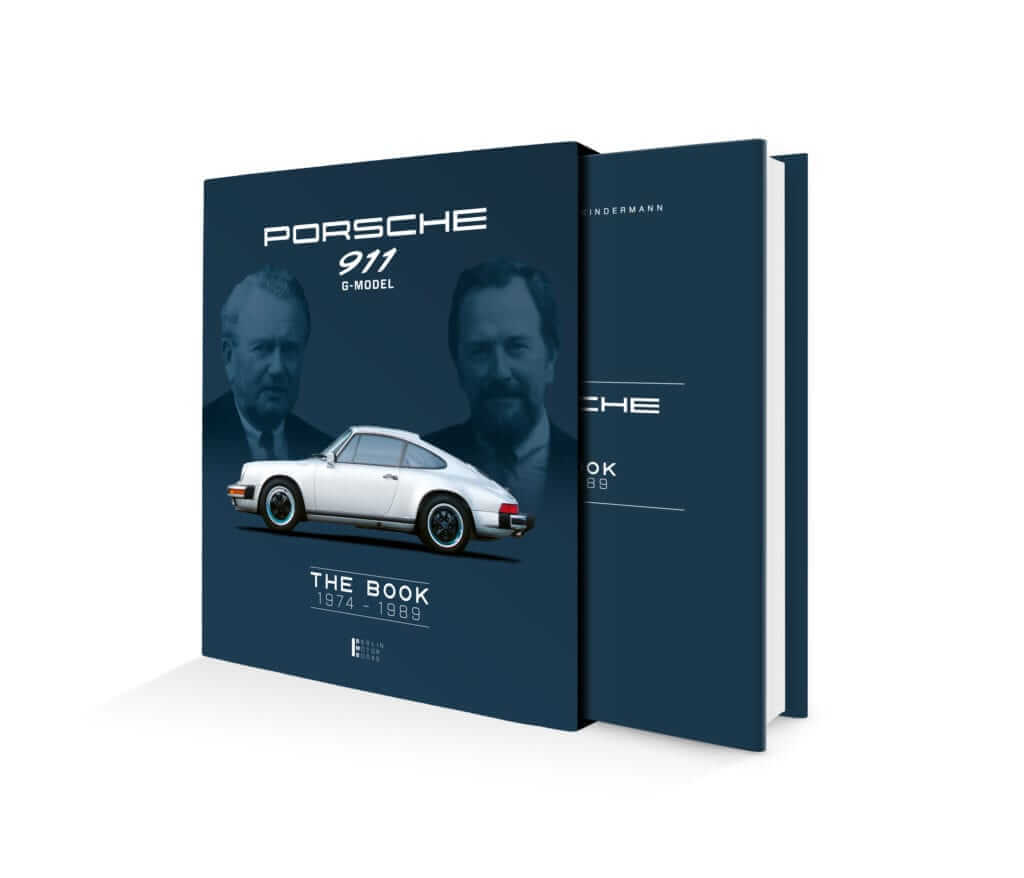