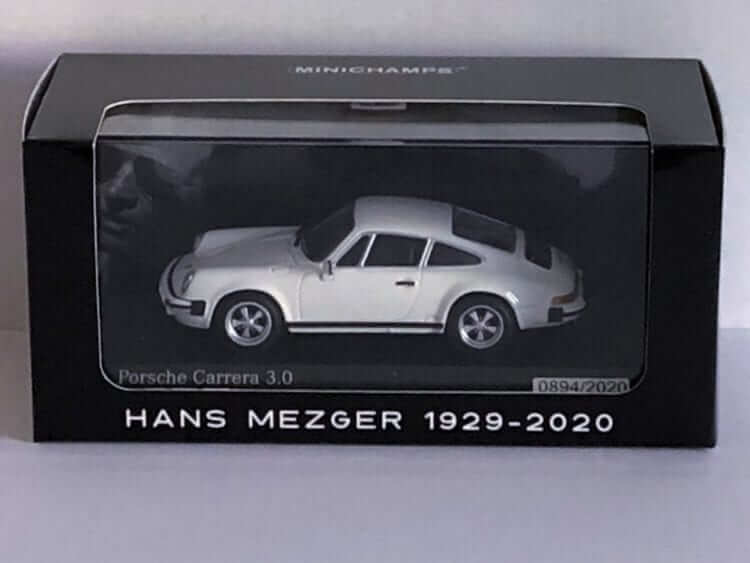 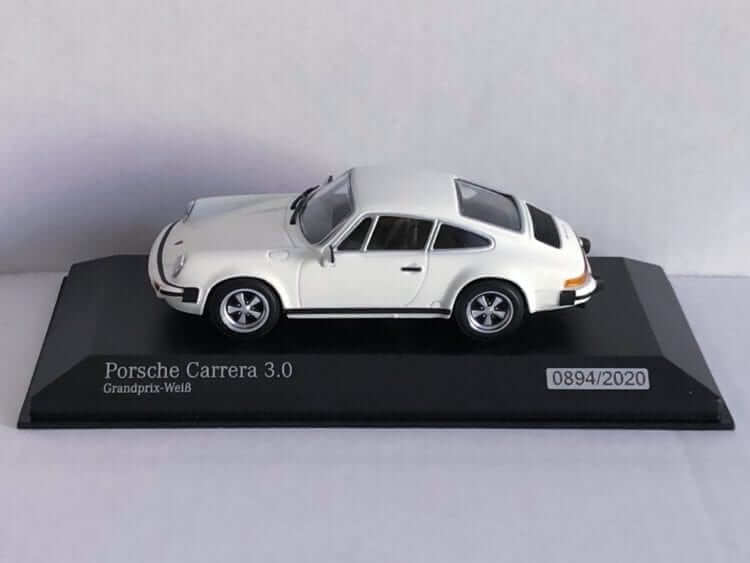 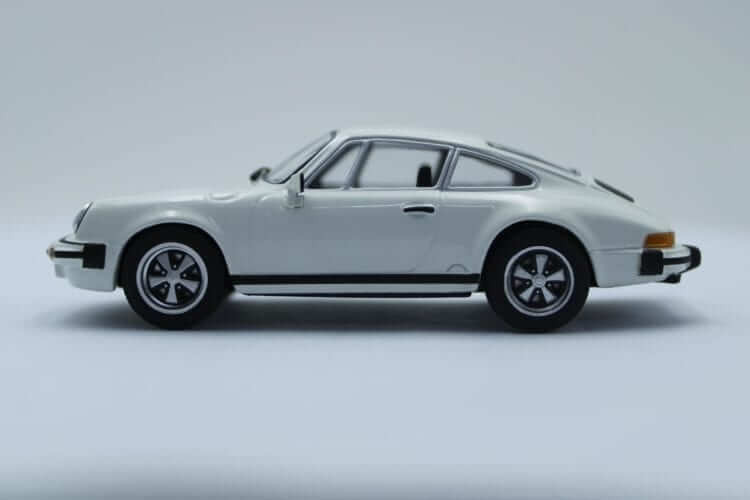 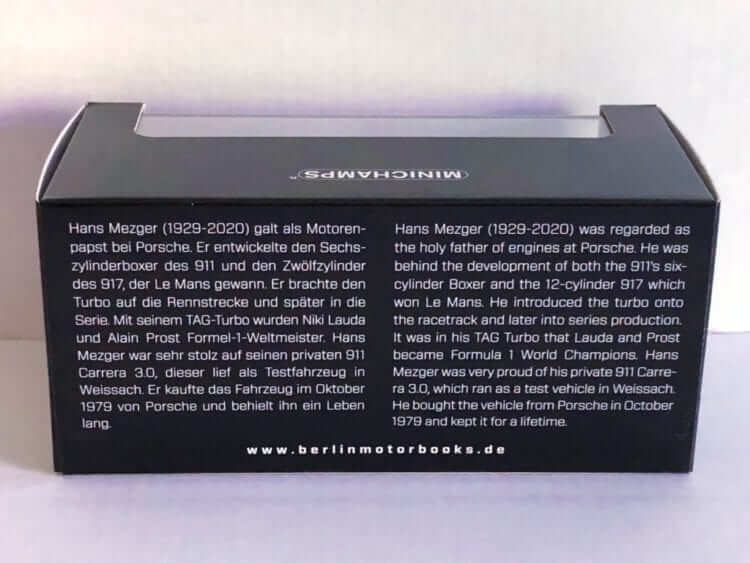 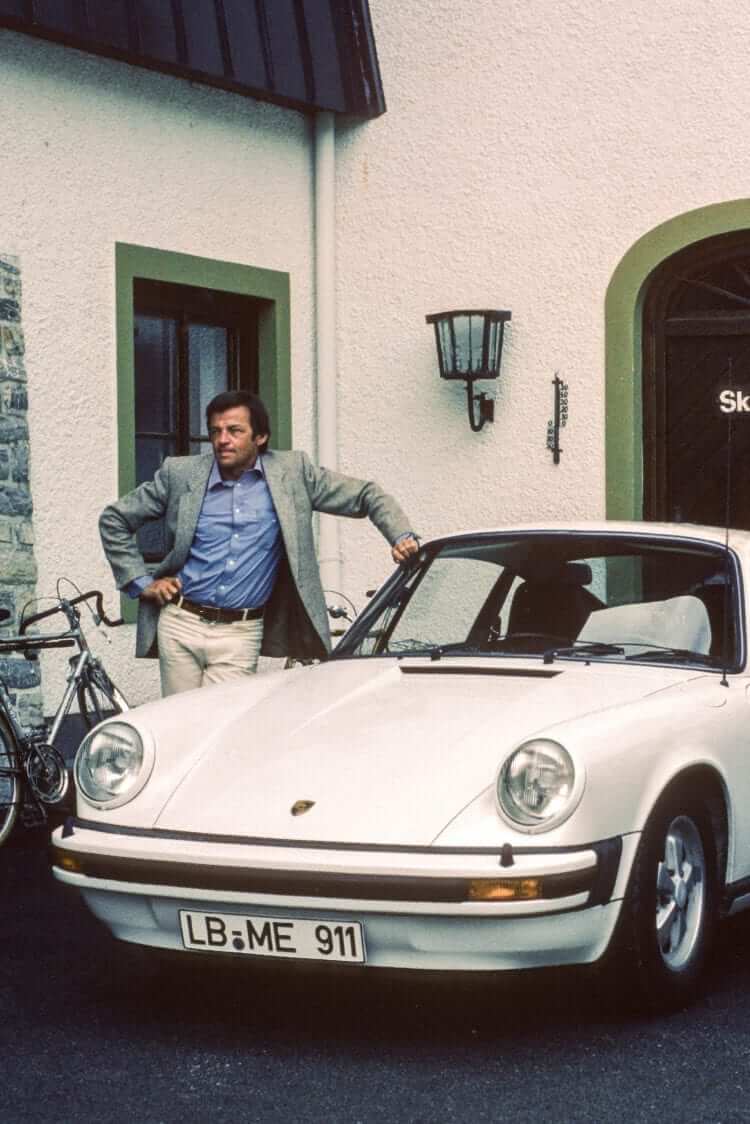 In honor of Hans Mezger, “his centerpiece” is issued in a limited edition of 2020 copies in 1:43.

On the first anniversary of Hans Mezger’s death, his private 911 Carrera 3.0 was released as a model car by Minichamps on June 10, 2021 in a limited edition of 2020 units.

Hans Mezger (1929-2020) was regarded as the holy father of engines at Porsche. He was behind the development of both the 911’s six-cylinder Boxer and the 12-cylinder 917 which won Le Mans. He introduced the turbo onto the racetrack and later into series production. It was in his TAG Turbo that Lauda and Prost became Formula 1 World Champions. Hans Mezger was very proud of his private 911 Carrera 3.0, which ran as a test vehicle in Weissach. He bought the vehicle from Porsche in October 1979 and kept it for a lifetime. 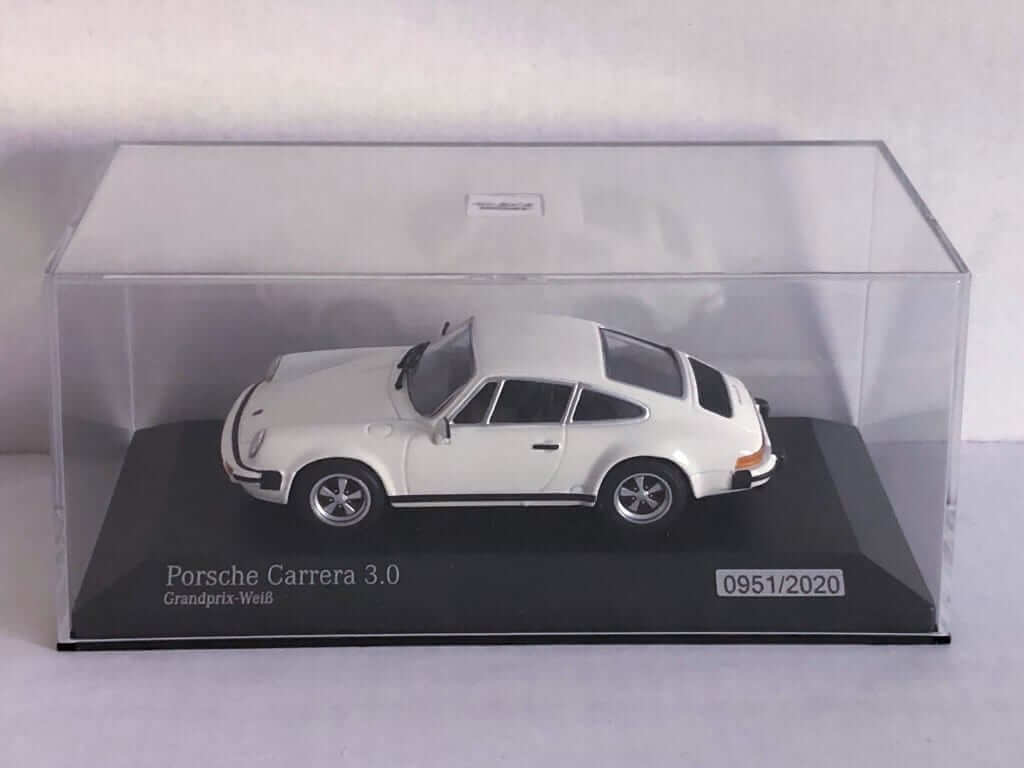 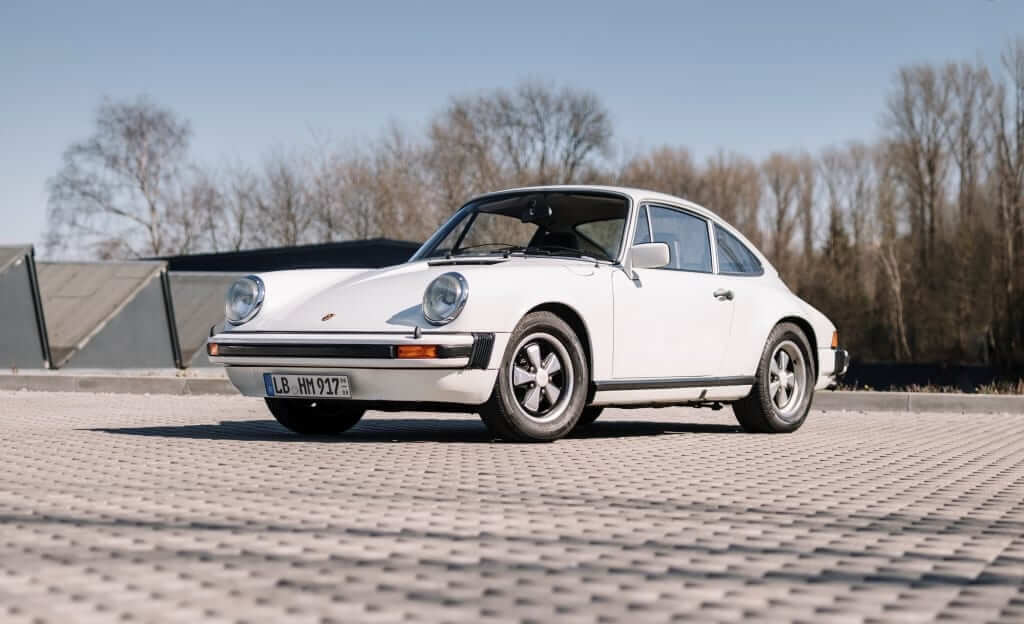